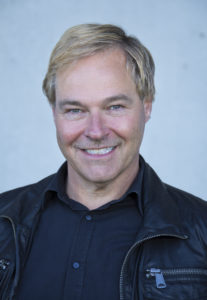 Jan Göransson is the Head of Press at the Swedish Film Institute since 2006. He arranges press conferences, seminars, meetings at the Cannes and Berlin Film Festivals every year and also at the Oscar weekend when there are Swedish films among the nominees. This year Jan Göransson collaborates with the Ingmar Bergman Foundation in order to organize events, talkshows, press meetings all over the world according to the Ingmar Bergman centenary. He gives lectures about Ingmar Bergman but also creates quiz about the master.

Jan Göransson has worked in the film business for more than three decades. Before he began to work for the Swedish Film Institute he worked as the National Board of Film Censors, Canal+ Television and he wrote film reviews and was also n editor the Canal+ magazine He often talks about films in television and radio and has also participated in several international documentaries about Greta Garbo, Jerry Lewis, Anita Ekberg, Marlene Dietrich, Ingmar Bergman among others.

This year he was also one of the hosts for the Swedish national film award gala, Guldbaggen.

Director, scriptwriter and actor Anna Lönn Franko is a freelance filmmaker from Sweden. She has made a number of short films that has been screened in festivals and art galleries. Most of her films are artfilms. Often humorous and provocative. Often using the female gaze.
She mainly writes and directs and acts in her films. Right now, her first full length feature called In between/Mellanrumsfruar is in post-production. It is a dreamy burlesque comedy with surreal elements, concerning the strange life of three middle-aged women and their art of surviving in between spaces. A dreamy musician who’s suffers from narcolepsy, an arrogant feminist artist who is obsessed with sausages and weapons, and a paranoid photographer who talks to her teddy bear. The main theme of the film is that only chaos matches chaos.
Anna is also a board member of WIFT Sweden (Women in Film and television) that works for advancing the positions of women in film and television – in Sweden and internationally. WIFT Sweden arranges workshops, lectures, screenings and showcases for members, to network, create and develop ideas. But WIFT also hosts seminars and social events in connection with film festivals in Sweden. Internationally WIFT has more than 10 000 members in over 35 countries.

Katarina Krstić
was born on April 17, 1998. in Novi Sad in Serbia. She adored art and film since
she has been child. Katarina had finished primary school and primary music school for piano. She
finished “Svetozar Marković” high school, where she was part of drama club. It was that same
drama club where she learned her first steps of directing trough her first theater play
“Publikumsbeschimpfung” from Peter Handke. She was also part of project “School of film” which
organised by Culter center of Novi Sad. In that school Katarina had directed her first short movie
“Izbor”. Nowdays she finished fisrt year on academy for drama and film arts “FDFU”. Her mentors
are Dejan Zečević, Gordana Zafranović and Rade Vladić. As a result of main subjects she directed
her first student short film “Krugovi”- “Circles”. 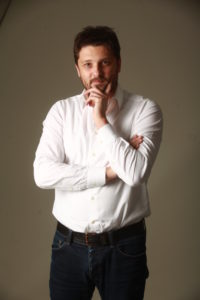